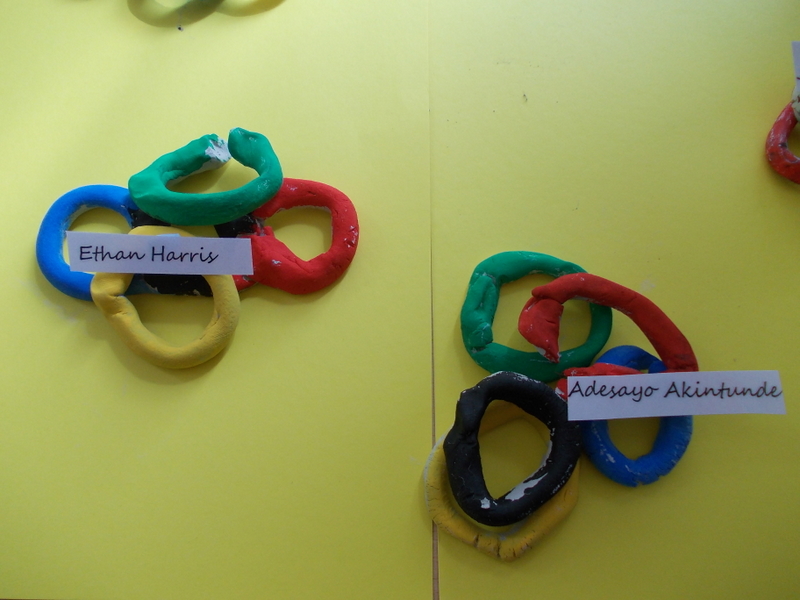 Here in Rang 3, we have been learning all about the Olympics – as we all know, the Olympics 2012 are being held in London so it is very exciting having an Olympic venue so close to us.  We have learned all about the Ancient and Modern Olympics:

We also learned all about the Olympic torch and the flag which has 5 circles or rings interlinked, showing the 5 continents joined together as one during the Olympic games.  We then made our own Olympic rings using clay which we then painted.  We had lots of fun doing this – thank you Ms. O’Driscoll.   Have a look at some of our pictures!
[nggallery id=19]