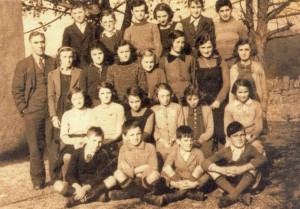 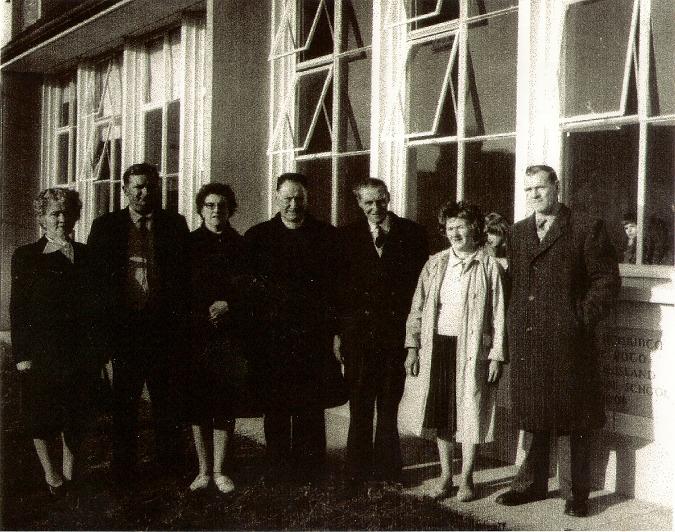 The current school building in Little Island opened in 1961, but prior to that there was a tradition of education in Little Island going back to before the Famine. This history is well documented in Patrick Twomey’s book “The Way We Were: A History of Little Island and District”. The following is an extract from that book:

” In 1881 a New National School (Scoil Inse Rátha) was opened at Island Cross (Ballytrasna). This school was in turn replaced by a further new school in Ballyverry, in the townland of Castleview(bounded on the west and south by Wallingstown) erected in 1961, and the old building at Island Cross became a dwelling for the Gowran family. When the school opened in 1881, the total population of the Island was 937. The then new school at Island Cross comprised of two large classrooms with two separate entrances within the large porch area at the front. It was designed originally to be separate boys and girls’ schools. The school yard at the rear was also divided by a large boundary will with no access from either side.”

2010: A new classroom was added onto the building – the current Room 8.

A new secretary’s office and reception was built at the front of the school.

The heating system was upgraded and the older part of the building had its insulation upgraded.

2010/2011: Our neighbour, Cork Plastics donated land to the school as part of the extension of their factory. This allowed us to extend our yard and to improve our pitch facilities. The land deal provided for a boundary wall and ball stop nets for the pitch. This gave the school scope to expand as we had extra yard space and we didn’t have to use our pitch for any building extensions.

2011: Our school celebrated 50 years on this site with a special ceremony. It also coincided with the opening of a substantial extension of two new classrooms, a new staffroom and link corridor. This gave us the current Rooms 10 & 11. This would not have been possible without the land received from Cork Plastics. There were over 180 children in the school at this point.

2013: A new resource room was built which is now Room 1, along with Room2. There were nearly 200 children in the school at this stage.

2014: Another resource room was built, which became the principal’s office. There were just over 190 children in the school then.

March to June 2020: school building was closed and all students and staff engaged in remote learning due to Covid-19 global pandemic.

January to March 2021: school building was closed and all students and staff engaged in remote learning due to Covid-19 pandemic. JI-2nd returned to class on March 1st, while 3rd -6th returned on March 15th.