As part of Science Week 2011, we in Junior Infants have been exploring, experimenting and
investigating.

We were so delighted to be invited to attend the science expo in fifth class, that we
decided that we would host our very own science day. This meant we could get
stuck into the different experiments.

We starting by investigating sinking and floating. We examined a range of objects, to
predict whether or not these would float. The we conducted our own experiments to
test our hypothesis.

We then designed our own boats – and launched these in the hope that they would float –
some did, and unfortunately some sank to the bottom of the ocean! 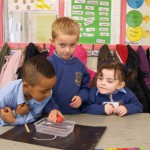 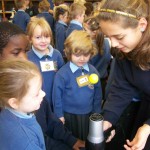 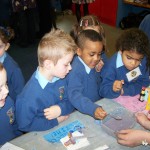 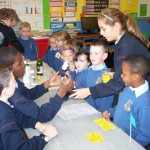 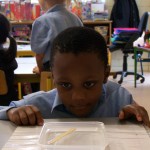 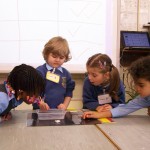 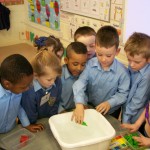 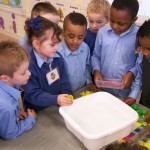 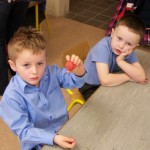