Forth class recently engaged in some research projects focusing on the USA and Italy. Each child worked individually gathering information on each country from internet sites, reference books, magazines, travel brochures, newspapers and the ever valuable cook book!

The projects covered a wide array of topics as the children selected subjects of personal interest. However, as a starting point for each project we located the geographical position of both countries before examining the shape, size and major cities of each country.

Once the initial project based on the USA was complete the children together had amassed a great deal of  information. The research ranged from information on national landmarks and monuments such as The White House, Mount Rushmore, and The Grand Canyon to the President, national sports and entertainment industry found in the USA today.

On 5 August 1914 the first set of electric traffic lights were installed in downtown Cleveland, Ohio, USA.

Closer to home we also explored the history of our European neighbours the Italians. Although we share a similar national flag with Italy, the children investigated all those items uniquely Italian. Once again the starting point was to locate Italy’s geographical position and identify its distinctive boot shaped peninsula.

The most popular topics researched and presented focused on famous Italian landmarks and locations such as The Leaning Tower of Pisa, The Colosseum and the captivating city of Venice. In addition to these subjects the class examined the ever popular subject of Italian cuisine, detailing some well known Italian foods.

In 1889, during a holiday visit to Naples, Queen Margherita of Italy was served a pizza resembling the colors of the Italian flag, red (tomato), white (mozzarella) and green (basil). As she enjoyed it so much this kind of pizza has been named after the Queen as Pizza Margherita. 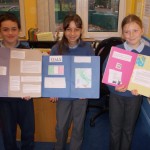 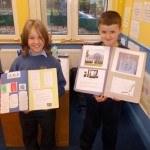 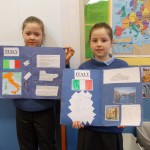 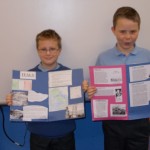 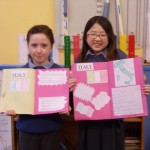 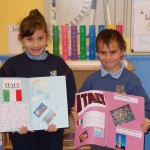 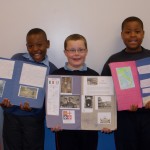 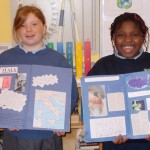 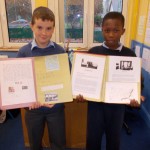 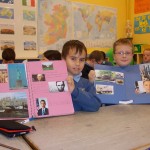 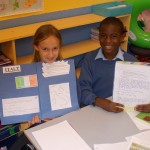 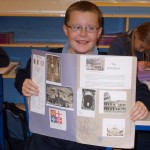 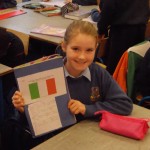 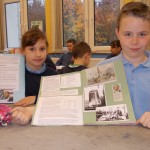 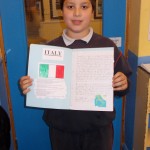 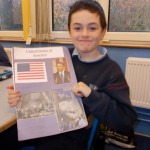 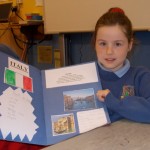 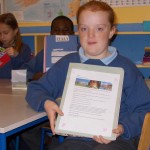 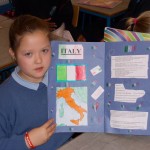 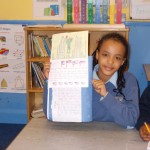 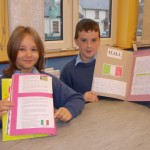